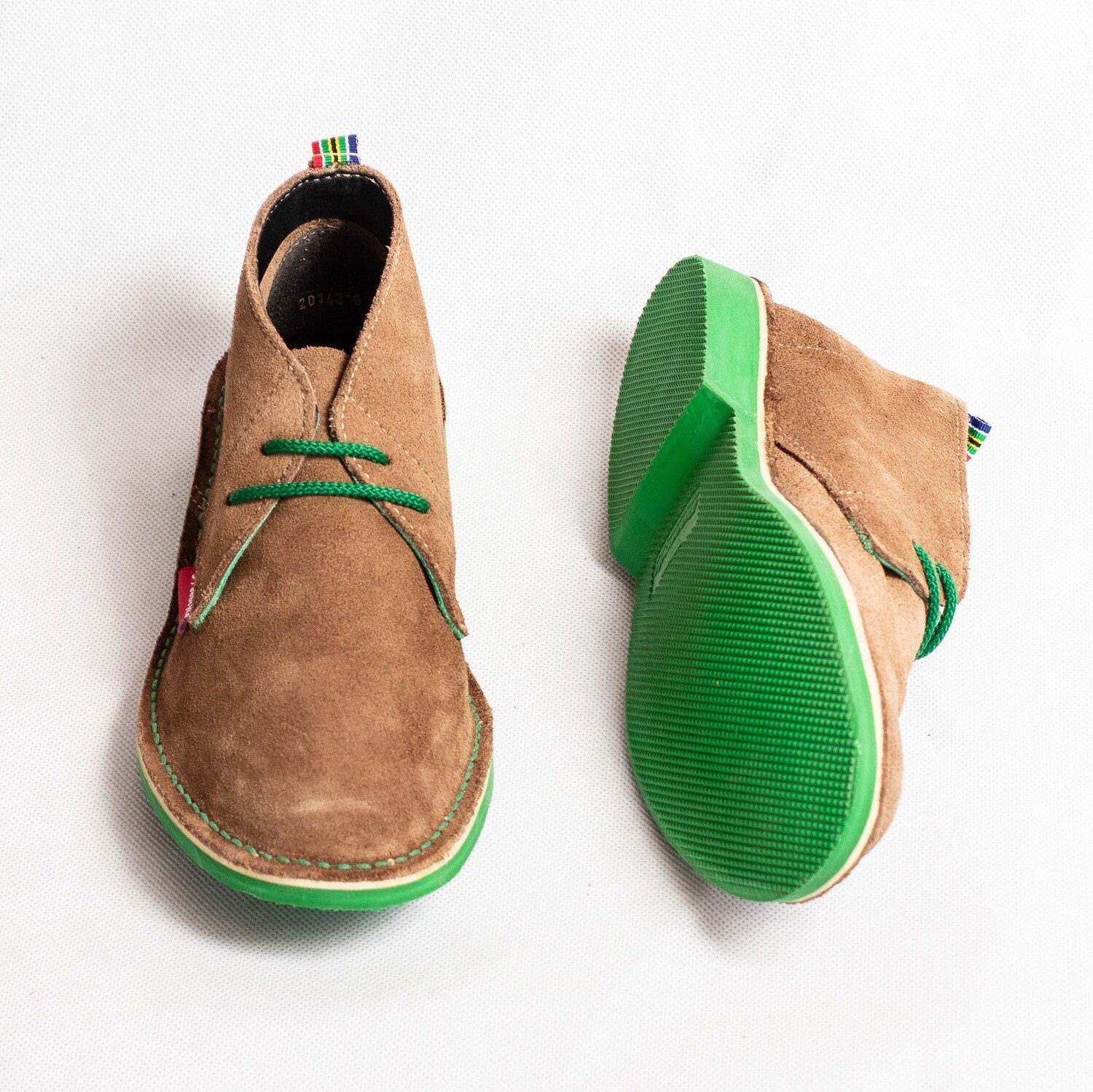 SKU 68125
R795.00
In stock
1
Product Details
Famous all-rounder vellie or veldskoen. Known as a DKW ("Dans Kerk Werk" - Afrikaans for Dance Church Work and perfect for the Braai!)
Handcrafted in genuine Suede leather.
An unpretentious, stylish, multi-purpose, superbly comfortable, yet elegant enough for a casual wear shoe, built on a durable, non-marking crepe sole. The sole of Africa.
Vellies were originally made in the 17th century by the first Dutch settlers in South Africa.The design is believed to be based on the traditional Khoisan footwear observed by the settlers. Later the veldskoen were exported to Egypt from South Africa and developed into military-style desert boots on the souks of North Africa and supplied to the British Army during the World War II Desert War. Lightweight and extremely tough, the vellie could withstand the harsh African conditions and terrain. The vellie has become the sole of Afrika - part of South African, Zimbabwean (previously Rhodesian) and Namibian society and culture, worn by all classes and professions.
Colour variation is inherent to any leather product. Scars, veins, tick marks and neck grooves are evidence of natural leather.
Save this product for later
Display prices in: ZAR